Now that the Netcomm Forum 2017 is over it’s time to bring home some brief thoughts and a cheer.

The cheer is for us: Milkman won this year’s eCommerce Award for Innovation. A big deal and a bigger honour, coming after Apple’s recent endorsement of our mobile app (it was in their Top 10 of 2016) and the love received from the shoppers we serve and pamper every day. 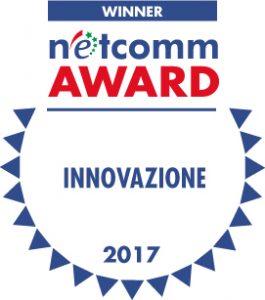 Thoughts start with the fresh figures illustrated by Netcomm’s President Roberto Liscia during his opening session: the overall value of the eCommerce industry in Italy is up 16% since 2016 and, for the first time, demand for Products and Services ended with a clean 50% of the market each. Sales, on the other hand, see products at 60% and services at 40% with the gap getting bigger year by year.

So, everyone’s here is mad for eCommerce, with an overall penetration of the Retail Industry still very low (5.6%) but destined to skyrocket. Comparison with our next door neighbours France (10%), Germany (12%) and UK (19%) sees us panting to keep up: still a lot of work to do.

Ian Jindal, founder and Editor in Chief of Internet Retailing, was onstage the next day and brought us some other interesting numbers: we have 11.500 retail sites in Europe right now, 400 of them are marketplaces and yet 41% of the total purchases are made either on Amazon or eBay. Alegro.pl a Polish marketplace, in Polish, comes third. How do you survive this incredible duopoly: by running “love brands”. Amazon doesn’t have a strong personality, so you have to.

90% of the floor was occupied by payment systems and eCommerce software providers, too many of both, apparently, to the point that Amazon Pay, having already won (together with Paypal), rented just a small hey-we’re-here-too stall.

Not nearly enough logistics and last-mile innovators, especially if you heard all the speakers invoking the fact that eCommerce, right now, is all about logistics.

Only one panel on the first day and three workshops on the second spoke about pure logistical and/or last-mile thematics. One of them was mine: “2020 free deliveries for all”.

Mario Bagliani of Netcomm said that: “the next revolution will and has to be about the last-mile”. Agreed. Accenture’s R. Leonardi and D. Zibetti brought a study showing that 87% of the women interviewed and 84% of the men said that a good range of delivery options are fundamental for a good eCommerce experience. Of about 15 elements by which to judge a successful site 4 were logistical in nature.

Nexive’s Valentina Pavan said that the next step, regarding eCommerce deliveries, is bypassing customer-satisfaction and attain customer well-being. An interesting concept that I totally support: Retailers need a great service, to the point that delivery has to become part of the pleasure of the deal.

No drones were seen (but Piaggio’s Davide Zanolini presented the splendid ground-robot Gita) and parcel lockers were shyly present. Italy, for now, firmly remains a country for home deliveries. So: if last-mile is “everyone’s nightmare” (as said by Marco Adamo of DHL) and if “I just want to know when my parcel will arrive” (that’s him, too), it seems Milkman was in a very good place to bring its proposition.

PrevPreviousHere come the Euro startups vol. 1 same-day & on-demand
NextClear minds & fulfilled deliveries or the necessity of a communication pattern between couriers and customersNext